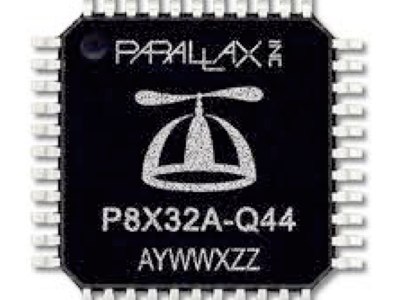 This object (http://obex.parallax.com/object/224) allows the control of up to 14 standard servos. I wrote it for my 2010 Robotic Arm.
It requires 1 cog.
2 cogs required for Accelerated/Decelerated Moves.

This object is based on the Servos for PE Kit.spin but incorporates many new features like:

a) Three different type of movements: Immediate, Gradual and Accelerated/Decelerated

Immediate Moves: One or more servos are moved to the new positions as fast as they allow it.

Gradual Moves: One or more servos are moved to the new positions in a predetermined number of pulses.

Accelerated/Decelerated Moves: One or more servos are moved to the new position using the sine function to achieve a gradual acceleration at the beginning of the move and a gradual deceleration at the end of the move. Please note that if Accelerated/Decelerated moves are used an additional cog is required to run the Float32 object used for the sin function.

All movements are executed during a certain number of pulses, where 50 pulses equal one second.

b) Option to send pulses while in holding position.

c) Servos can be moved individually or in combined moves.

All parameters, like type of movement, number of pulses and optional holding pulse can be set individually for each servo so very complex movements can be executed. For example different movement durations can be set for each servo or some servos can be moved many times while other servos are still completing a long move.